Give ’til You Giggle 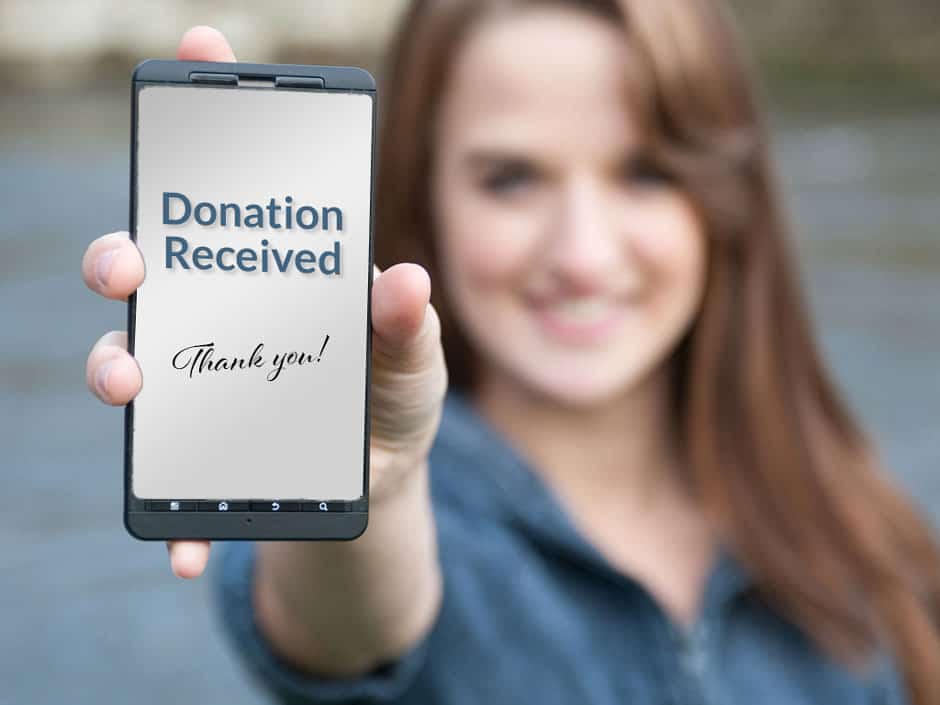 Fall is part of that time on the church calendar known as ‘common’ or ‘ordinary’ time, but if your church is like a lot of others, there’s a good chance you’re also getting ready to celebrate the most important unofficial season of the church year. I’m referring, of course, to stewardship season — the roll-out of the official annual fundraising campaign (or “cam-pain” as one of my clergy friends puts it).

And you wondered why the liturgical color of the season is green!

Ask a lot of pastors about their least favorite topic for preaching and money is usually near the top of the list. I once attended a conference with a bunch of other financially befuddled colleagues, and when the presenter asked how many in the room were “enthusiastic” about talking frankly on money issues with our congregations, there weren’t a lot of hands raised — just a lot of eye-averting and sudden interest in getting another cup of coffee.

Why all the anxiety? After all, the Bible mentions money and possessions more than 2,000 times — way more than faith and exponentially more than sex. Clearly, God views what we do with money to be a spiritual issue and minces no words about it. If it’s important to God, it ought to be important to those of us who speak God’s Word. Still, when the topic comes up in the lectionary, many clergy are eager to look for an alternate text. What’s the problem?

I’m convinced that a lot of the anxiety that pastors feel about preaching on money has more to do with their own attitudes about giving than any potential negative reaction from the congregation. When the same presenter asked our group of pastors how many of them tithe their own income to the church, there was a rush to the doughnut table. If we’re nervous about our own giving, it’s going to show big time. If we’re rationalizing that we don’t get paid enough as it is, or that there are wealthier people in the congregation who need to “step up,” or that we are giving more of our time instead of our money, then we should be afraid of saying anything to our people about giving. If, on the other hand, we are enthusiastically tithing and giving sacrificially to God ourselves, that too, has a way of becoming contagious. You can’t take a congregation where you yourself have not been.

My own attitude on all this changed several years ago when I was prepping a sermon on 2 Corinthians 9, where Paul is appealing to the Corinthian church to follow the example of the Macedonians in giving sacrificially to help the struggling Jerusalem church and its poor. Verse 7 is that famous line: “Each of you must give as you have made up your mind, not reluctantly or under compulsion, for God loves a cheerful giver.” Ever look at the Greek in that verse? The word translated as “cheerful” is a form of the Greek word hilaros, from which we get the word “hilarious.” Paul’s talking about an ecstatic, goofy, giddy, roll on the floor kind of attitude about giving. It’s not a forced smile while someone pries the coins out of your hand. Stewardship was never supposed to be about giving until it hurts. Instead, it’s all about giving until you giggle!

After that study I started looking for the fun in giving. One of the things that I started to enjoy was doing my taxes every year (yeah, that’s kind of sick, but read on). The computer program I use makes a loud “ping” every time you enter a number that could possibly trigger an IRS red flag. One of those concerns charitable giving. If your giving exceeds a certain amount of your income, the thing goes PING! That’s one sound I want to hear and smile at every year because it means I’m working at being faithful in at least one area of my call.

If you’re not shaking your head and laughing unbelievably at the amount you’re pledging to give this year, then you can’t possibly expect your congregation to have a good attitude about their giving, either. We need to push aside the old idea that our giving is a private matter and be bold enough to share with our congregations what we ourselves are committing financially to the work of Christ and his church. It’s not that we’re trying to pridefully flaunt our pious sacrifice in front of the congregation, but that we want to tell them our own story of how giving hilariously has changed our attitude about money, even more, about God’s abundance in our own lives. And we should be smiling as we tell it. Stewardship should be a celebration, not a chore. It’s the green season. Make it a fun one!