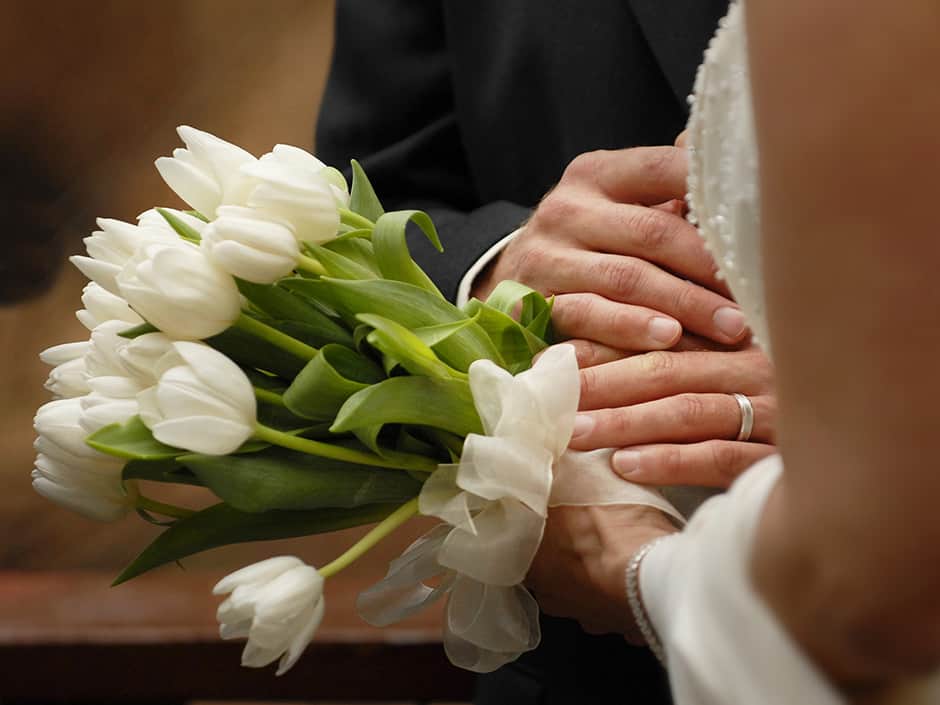 “In the spring a young man’s fancy lightly turns to thoughts of love,” wrote Tennyson. What the poet chose to leave out, however, is that in the same season the fancy of many young women turns to thoughts of a wedding. Those of us who deal professionally with couples and their wedding ceremonies often find these to be mutually exclusive fancies.

Even with the amount spent on weddings trending downward in recent years, the average cost can still exceed $20,000 and the total spent nationwide is well into the billions — equal to the GNP of some small countries. With all that cash being plunked down it’s no wonder that when we are approached by that bride seeking the perfect location for the perfect wedding, we clergy and our churches are often viewed simply as additional vendors and venues for facilitating that special day.

Such consumerism naturally leads to a loss of perspective, like the bride who wanted to book a wedding in a sanctuary with its beautiful mountain views but, in the same breath, demanded that the ceremony not have a lot of “God stuff” in it. Using the business approach, the church’s pastor gently explained that the church and the “God stuff” was a package deal. She didn’t call back.

Then there’s the whole issue of clergy being agents of the state, executing the legal paperwork of a civil transaction. That’s problematic for many of us who are uncomfortable with the whole church/state thing, but it can also have legal consequences. In some counties, for example, the marriage license states clearly that if a pastor doesn’t return the completed marriage license within 30 days they can be charged with a misdemeanor and fined — a clergy criminal.

No wonder most of us would rather do a funeral than a wedding. All this makes a day at the cemetery seem a lot more attractive.

Look at the Scriptures and you’ll see that even the giants of the faith avoided officiating at weddings. We know that Jesus was present at one, but he wisely stayed at the bar rather than presiding. And we can’t imagine Paul being too excited about getting anybody hitched given his only-get-married-if-you-have-to approach to the whole thing.

But before we bail out of the biz altogether, think about this: If we pastors don’t somehow offer an alternative to the nuptial nuttiness, who will? We’ve got a great opportunity here to be prophetic and teach these young (and increasingly not-so-young) couples about the real nature of marriage, deeper relationships and true agape love. When we insist on premarital counseling, when we don’t compromise on the spiritual dimension of the wedding as a worship experience, and when we build relationships with a couple, we can be the voice of reason in the midst of the wedding season whirlwind.

Sure, this will probably mean fewer weddings for us as many couples will still focus on the fantasy and the finances. But as you are standing there amidst the sounds of stressed-out mothers, screechy wedding singers and rustling lime colored taffeta, realize that your ministry, with God’s empowering, may just be the one thing that gives them a shot at beginning a good marriage.