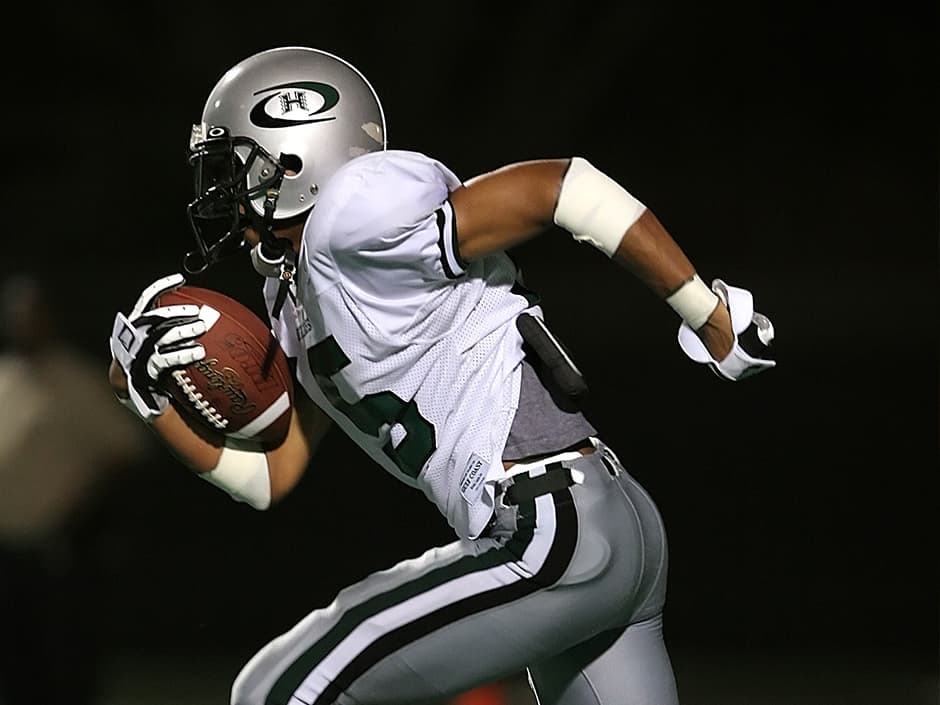 In Homer’s Iliad, a scene depicts a footrace between Odysseus, the hero, and his rival Ajax. As the race plays out, Ajax breaks out to a big lead and it soon becomes obvious that Odysseus is going to lose. As they come down the home stretch, Odysseus does what athletes seem to have been doing for centuries: He prays, and the goddess Athena answers him. Odysseus gets a super burst of adrenaline and speed while, at the same time, Ajax steps in a pile of cow dung and falls, giving Odysseus a miraculous victory. At the award ceremony, Ajax has to accept the silver medal, which in this case was an ox. It’s here we find that Ajax is a bit of a sore loser. “Curse it,” he says. “That goddess tripped me up. She always stands by Odysseus as a mother and helps him.”

It’s an old story, and it might sound a bit ridiculous to our more refined theological understanding of Christianity. But the reality is that similar scenes are being played out on our very own football fields, baseball diamonds and soccer pitches this fall. A wide receiver sprints into the end zone and, after spiking the ball, takes a knee in a prayer of thanks to God for giving him the strength to score a touchdown. A hitter cranks a walk-off homer and points to the sky as he crosses the plate. A college coach mentions the Bible while explaining his strategy. Many Christians see this as a good thing — that celebrity athletes can be good witnesses for the gospel and that Christians can be seen as winners. But is the marriage of faith and sports necessarily a good thing?

Shirl James Hoffman doesn’t think so. In his book “Good Game: Christianity and the Culture of Sports,” Hoffman takes to task the public spectacle of prayer on the playing field, among other aspects of the unholy marriage of Christianity and sports. Hoffman, who is professor emeritus of kinesiology at the University of North Carolina at Greensboro and a committed Christian, writes that these public displays of piety run counter to the kind of witness Jesus was seeking from his followers. A sample: “The very fact that so many contemporary athletes see God’s hand as the primary reason why they hit a home run, or make an impossible catch, goes to show that Augustine and other theologians were right to suggest that the essence of our ‘fallen nature’ is personal selfishness. Perhaps the pattern of athletes invoking the Deity every time they win is just another illustration of original sin.”

In the midst of a culture where public prayer has become a battleground issue, Hoffman’s perspective is refreshing and challenging. Some people want to put public prayer back in schools, for example, which seems to be promoting the same kind of public spectacle that’s happening on the field. Somewhere along the line we’ve forgotten Jesus’ own preference that prayer be done in secret and not in the Pharisaic tradition of public displays of piety. When Jesus talked about letting one’s light shine before others, maybe he wasn’t thinking about a spotlight.

If you have a lot of sports fans in your congregation, or even if you’re a fan yourself, you’ll find Hoffman’s book to be a great stimulus for preaching on the nature of prayer and a Christian theology of leisure and sport. Teach people that it’s okay to run faster but that the key to winning isn’t asking for God’s help as much as it is avoiding the cow pies!