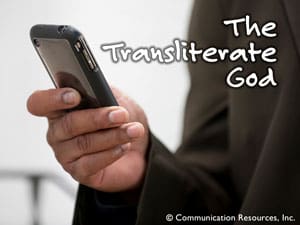 I was in a taxi yesterday stuck in slowly moving traffic and happened to glance at the car in the adjacent lane. The driver was thumb-twitching like crazy on his iPhone while his vehicle continued to move forward. I know we have laws against intoxicated drivers, but we should — if we don’t already — have stronger laws for those who drive while “intexticated.”

Intexticated is a made-up word that was considered by the New Oxford American Dictionary (NOAD) as a contender for New Word of the Year several years ago. It refers to the practice of texting while driving and the obvious dangers to public safety posed by those who drive while intexticated.

Other words considered by the NOAD included freemium, referring to a business model in which basic services are offered gratis, and funemployed, a word that describes those — of the 10.2 million who are unemployed — who use their newly unemployed status to goof off and have fun.

The winning word for 2019, however, is climate emergency, a reflection of the existential angst many people are feeling about the future of the home we call Earth. Dictionary.com, in fact, chose the word existential as its Word of the Year, pointing to the sense of dread and anxiety that now permeates the culture on so many levels.

The NOAD contest gives one pause. Is there a word — one that is in use already, or a made-up word — that would be particularly appropriate for the church?

My own suggestion comes from WordSpy: transliteracy. It refers to the “ability to read and write using multiple media, including traditional print media, electronic devices, and online tools.”

The word was coined by Dr. Alan Liu, a professor in the English Department at the University of California, Santa Barbara, whose CV including books, papers, presentations and awards runs longer than the Affordable Care Act. He says that transliteracy describes “the ability to read, write and interact on a range of platforms.” He’s talking about the kid who can watch The Vampire Diaries on television while texting the plotlines to a friend, listening to music on Sirius and sending a Marco Polo to discuss the homework assignment for the next day. We could call that multi-tasking (a neologism that appeared in the early 1990s) but it’s multi-tasking on a wide “range of platforms.”

The reason this is an important word for the church is because it describes God’s interaction with the created world, and is a signal for how the church must do ministry today within that world.

Our God is an awesome God. That sings a lot better than, “Our God is a transliterate God,” yet clearly God has used a variety of methods and platforms by which to communicate with humankind in the history of God’s dealings with us. “Long ago, God spoke to our ancestors in many and various ways” begins the writer of Hebrews.

The transliterate God interacted on a variety of platforms, to use Liu’s language. From the glory of Mount Sinai, to a burning bush, to visitations with Abraham, a wrestling match with Jacob, the fourth man in the fire and so on — God has been willing to interact with the sentient form of creation known as humans or mortals.

Further, not only did God work with visual media, but God used the spoken and written word for additional clarity. The law of God did not come into existence at Sinai — as the apostle Paul makes clear; rather, it pre-existed Moses. But God said, “Hey, let’s get this in writing,” and had Moses chisel it in some tablets.

Chronicles of the mighty works of God were written and preserved, and frequently read to the congregation of Israel.

The psalmist, as well as the prophet Isaiah, points to the created world as a huge transliterate, theophanic shout-out to the presence and work of God.

God sent prophets to be the voice of God to the people of God.

God sent Jesus as the living Word and the very incarnate presence of God in the world.

All of this suggests that the church, while itself a sort of transliterate expression of the Immanent God, is also an organic entity which by its very nature seeks to express itself across as many platforms as possible.

The shift in Western civilization from an oral, to a written, to an electronic, to a digital culture has been well-documented in the past 10 to 20 years.

Yet, the church has never placed limits on the methods by which it might fulfill its mission. Books were written, preachers preached, teachers taught, songs were sung, soaring architecture proclaimed the glory of God, stained glass told the history of salvation, monasteries sprang up as havens of religious devotion, hospitals were founded, universities established, and today — radio, television and the internet are utilized in a stunning variety of applications to proclaim God’s presence in the world.

Since Pentecost — when one might argue the church truly became transliterate — the church has strained to apply whatever medium possible to fulfill its mission. Still, it’s easy to become overwhelmed by the huge variety of platforms available today by which ministry can take place. But we don’t need to do it all by ourselves. We can ask ourselves if we are really using available methodologies to expand our mission and effectively reach our target audience, an audience that — if it’s under 35 — is already hyper-transliterate.

No point in complaining about this either. The explosion of technologies that make possible fresh and innovative approaches for instruction, evangelism, pastoral care and charitable outreach is not something to bemoan but to celebrate.

The multiplying platforms on which the Good News can be disseminated are both a blessing and a challenge. Some fabulous ministries are underway around the world for no other reason than some disciples of Jesus are transliterate and have found new ways to bring Jesus to those for whom there’s been very little good news these days.

2020 is a year when we might want to look at how we can connect transliteracy with pedagogy and evangelism.

It’s something about which we could get excited. Even intexticated.