In Praise of Switchbacks 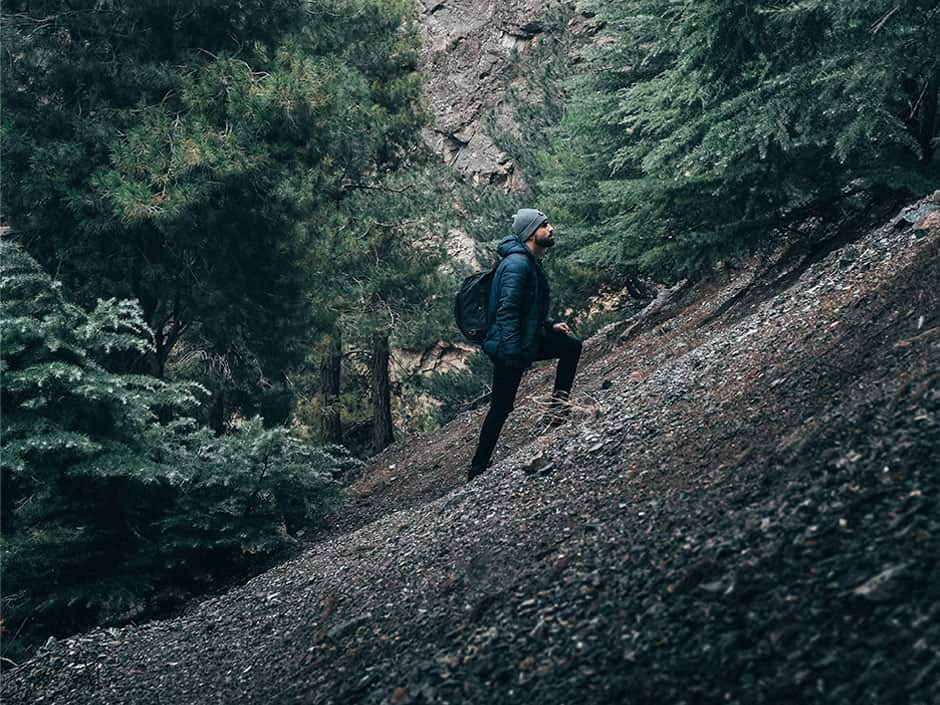 Several of our longtime writing contributors are avid enthusiasts of different athletic activities. One is a seasoned cyclist who’s ridden back and forth across the entire country and probably pedaled every back road in the state of Ohio. Another is a marathon runner who’s completed both the Boston Marathon and the New York City Marathon. He’s run more miles than Forrest Gump. And one is a skier, who can often be found on a chairlift doing ski slope “ministry.”

My thing is hiking. I’ve probably hiked every trail in the Grand Teton National Park, the Rocky Mountain National Park and others. So, trust me, I’m a hotshot hiker.

I brag like this only because I will now confess that I once took a hike that just absolutely ate my lunch. At the end of this trek, my legs were noodles, and I was wheezing like an 85-year-old chain smoker with a walker. I was making more noise than an accordion at a barn dance. This hike was brutal. I was in China at the time, hiking in the Huangshan mountains (also known as the “Yellow Mountains”) in Anhui province. These mountains are like one huge mountain with 30-some cone-like peaks, and they’re just the most beautiful things, especially in the early morning when fog and clouds slide through the peaks and valleys, and the rising sun creates a most ethereal, heavenly atmosphere.

It was brutal. Think of starting at the base of the Burj Khalifa in Dubai (which rises more than 2,700 feet high into the desert sky) and taking the stairs to the top. That’s what hiking the Eastern Steps was like. It has a vertical gain of 2,500 feet. I’ve done that before. No problem. But this hike was ALL steps, all rock hewn stairs.

I reflected, of course, on the experience, and wondered about the difference between gaining elevation via steps, and gaining elevation by way of switchbacks. On trails typically found in the U.S. — in the Grand Tetons, for example — if you’re headed up to Disappointment Peak, the trail ascends on the broad shoulders of the Grand Teton itself, but it doesn’t go straight up the mountainside. You gain elevation via gradual, winding switchbacks, quite a few of them. Some might be as long as a mile before heading back in the opposite direction. Then the trail switches back again and off you go, and before you know it, you’ve gained 2,000 feet in elevation, hiking back and forth, like a sailboat tacking into the wind.

In all of this I saw something I thought was instructive about God and preaching.

First, God. If God advises us to take a switchback, we’d be foolish to insist on stairs. I know that switchbacks seem longer. We’re programmed to get from Point B to Point Y in as linear a fashion as possible. But it’s not always the best approach.

Some biblical examples of switchbacks might be the wilderness wanderings of the Israelites. After the debacle at Sinai, God decided that it was probably best for the Israelites to take a switchback route to the Promised Land. And so they did. Consider the apostle Paul. He has this blinding conversion on the Damascus Road, but he doesn’t just get up and start preaching the gospel. It was about 15 years before we hear of Paul again. God took him on a switchback.

So, if you feel you’re in a wilderness, I wouldn’t worry about it too much. It’s probably the best thing for now.

Second, our preaching. I assume that many of us think of ourselves as a mix of Barth, Brunner or Bonhoeffer … or others. We’d like our congregation to understand what we believe as Christians. But how are we going to teach the core doctrines of the Christian faith? I think the switchback approach is best. Less strenuous on the knees of faith and the lungs of hope. I know of a good number of fine preachers who have preached sermon series on books like Romans, Ephesians or Colossians. Some have spent an entire year in the book of Romans. Really? Are you kidding me? Could you just take a break and give me a sermon on Daniel in the Lion’s Den, or David and Goliath? Come on! Switchbacks, people.

Preach the word, my friends!