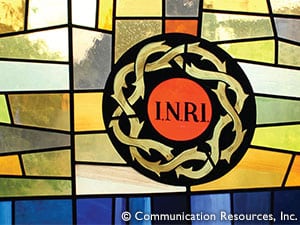 You can credit (or blame) AOC for this column.

I mean, she’s the inspiration for the meandering thoughts which follow.

You see the initials of Alexandria Ocasio-Cortez everywhere. AOC is the U.S. representative for New York’s 14th Congressional District. Shortening her name to AOC is a media thing. Much easier to use initials than her full name, or even a part of her name. Reporters in the past had no need to initialize President Ford’s name, or Carter’s, Reagan’s, Clinton’s or Bush’s. All one or two syllable names. But Alexandria Ocasio-Cortez is a mouthful. Thus, AOC — although the use of initials to refer to a politician who is not the president of the United States is unusual.

So, apart from ease of reference, how did this practice evolve? It evidently has nothing to do with a person’s greatness or banality. Presidents Washington and Lincoln don’t get the initial treatment. Okay, like most presidents of the 19th century, they didn’t have middle names. The last president not to have a middle name was TR, unlike his famous younger cousin, FDR.

But why FDR, JFK and LBJ, but not JEC, RWR, GHWB, WJC, GWB, BHO or DJT? RMN and DDE are familiar, but they don’t have the instant recognition of a JFK or FDR. Are Democrats initialized by the press more than Republicans? Party affiliation probably has nothing to do with it. BHO was generally liked by the press corps, and DJT is generally not well-liked by the press, but they’re usually referred to as President Obama or President Trump, or by the increasingly common acronym, POTUS.

In the case of LBJ, the initials were a conscious invention. Robert Caro, writing about President Johnson, says that the president worked hard to ensure that his initials were used in the press. He displayed his initials everywhere — like a brand. He hoped that doing so would help link his name to his illustrious forebears such as JFK and FDR. He insisted that the first lady be referred to as Lady Bird Johnson (LBJ). His daughters were Lynda B and Luci B, and his dog was a beagle, Little Beagle Johnson!

The greatest initials of all? GOD (try making up what this stands for). Or J.C. God. JON (Jesus Of Nazareth); JBJ (Jesus Ben Joseph); JOB (Jesus Of Bethlehem); INRI (Iesus Nazarenus, Rex Iudaeorum, not “in Rhode Island); GWU (God With Us);

This is pertinent, in an odd, perhaps geekish, way, because December 3 we begin our observance of Advent, leading us to ask the question, “The Advent of what?”

Advent is all about a “who.” And the “who” of Advent is a person unlike any other person in history. You’d think such a person could be — and should be — immortalized by being initialized. Of course, this Person is immortal. Noted. But still, the Bible, and especially the New Testament, has a lot to say about this person, and his name seems to be a fairly important issue.

Peter thundered in one of his early sermons, “This Jesus is the ‘stone that was rejected by you, the builders; it has become the cornerstone [JCS, or JCC].’ There is salvation in no one else, for there is no other name under heaven given among mortals by which we must be saved” (Acts 4:11-12, emphasis added).

The name of the Person who died on the cross has always been of paramount importance to Christians. Jesus is not just any name. It is a name that invokes power, respect, awe, worship and praise.

The apostle Paul shared Peter’s respect for the name. He once wrote, “Therefore God also highly exalted him and gave him the name that is above every name, so that at the name of Jesus every knee should bend, in heaven and on earth and under the earth, and every tongue should confess that Jesus Christ is Lord [JCL], to the glory of God the Father” (Philippians 2:10-11, emphasis added).

Advent, then, is about a Person.

This Person is not an It. Nor is this Person a spirit, an avatar or a superpower. He is not the apotheosis of a boy who was born in Bethlehem and grew up in Nazareth and was invested with superhero status after his baptism in the Jordan.

Rather, this Person is a fully human being in whom the human and divine have become one in a way that is virtually past our understanding. This Person entered the world as a screaming baby, nursed at his mother’s breast, played with his childhood friends. Yet he also was identified as the Promised One when he was brought to the temple as a baby. He taught the scribes in the temple at an early age and he healed the sick, made the lame to walk and the blind to see and raised the dead. He showed people who to love — even their enemies. This is a quick version of the Person we worship during Advent.

Advent is also about this Person’s name.

The name of this Person is Jesus. As noted above, it is a special name. But Jesus is described in many ways in the Bible. The New Testament alone can’t say enough about the meaning of the name and the person bearing it. He is the Alpha and Omega, the First and the Last, the Beginning and the End, the Advocate with the Father, Jesus Christ the Righteous One, Jesus the Author and Perfecter of Faith, the Good Shepherd, the Lord of Lords and King of Kings, Faithful and True, Great High Priest, the Son of God and the Word of God. He refers to himself as the Bread of Life, the Light of the World, the Way, the Truth and the Life, the True Vine and the Door.

You could go crazy working with the initials suggested by these names! Right off the bat, you have Alpha, Omega and Christ.

Advent is also about whether the Person with the special name lived up to the promise of the name.

For this, we move from Advent to Holy Week. We learn at the Cross, that yes, Jesus not only lived up to the promise of that name, but died in fulfilment of it. He was truly Yeshua, Savior.

There’s a sermon there. Quite sure.